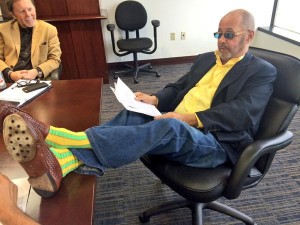 Thomas Rongen is certainly speaking like a man that plans on being involved in Tampa Bay, with the Rowdies for many years to come. Rowdies owner Bill Edwards has been a little coy about his desire to move the Rowdies to MLS, saying on a few occasions to the media that it is certainly a possibility.

Rongen is a little less shy about getting to the heart of matters and said in a recent podcast interview with Year Zero Soccer that Edwards definitely wants to bring the club to MLS.

The mention of MLS desires was a brief snippet in a longer conversation about youth development. Rongen also provided very intriguing information about where the Rowdies stand in their development of an academy. He says the club is considering a partnership with foreign clubs to operate some type of academy abroad.

“With an owner, Bill Edwards, that’s very committed, that wants to get to MLS. I don’t know if he’ll get there, yes or no, but is very committed to do the right things in the city, and for the city. I think there’s some longevity here, for me.

That could both be on the on the field for a while, and hopefully off the field as well. Because we’re talking about some really interesting projects here, but also outside of the country, that might be a little off the cuff and different, but has to do with youth development and things like that. That we’re bantering around, but we’re trying to align ourselves with some other clubs in the world, maybe start some academies outside this country, versus inside this country. That will be very interesting, and maybe allow me to eventually travel again, which I love.” [11:13]

Later on in the interview Rongen asked if he had $100 million dollars himself, would he spend that money investing in soccer. The question was about the sport in general, but Ronegn seems to have taken the question to mean would he invest in MLS specifically.

“He’s a good guy by the way, Bill Edwards. Awesome, awesome guy. From this area. Wants to invest in this area. Wants to build a stadium, is prepared to pay the $100 million I think. I probably would, for several reasons. One, it probably sounds like a lot, but I think it’s a keen investment. This league [MLS] will continue to grow, nationally and internationally. You look at right now, they’re rights to a lot of countries throughout the world. Their 8 year deal with ESPN and some other partners are pretty good. SUM [Soccer United Marketing] makes a lot of money, obviously that not too many people know . Having coached for teams, knowing some of these owners, and spending time with some of these owners, they might cry wolf sometimes but I think it’s still a money-winning investment.

And secondly, I think you can affect the game on the highest level, if you do it right you can also affect the game on the grassroots level, because as most clubs have done, and I’m not saying they’re all doing it right, you can obviously build academies. You can bring in the right coaches that share your philosophy. I really think that there’s a lot of great things that you can do within football and If I had that kind of money, I want to be part of it because A, I want to win a championship, I’m still driven. But more so, I want to start producing some real good players. Not only for our team, but eventually to sell as well, because from a business perspective that’s obviously still enticing.” [34:57]

At the end of the interview Rongen got a little more specific about where exactly this international Rowdies academy might be located (likely Portugal) and how it might function. It’s an interesting proposition, and one that hasn’t, as far as I know, been mentioned too often in American soccer circles.

“We’re trying to partner up, and I can’t mention any names, with a prospective team in Brazil, a perspective team in Portugal. We probably would do our academy in Portugal,  for several reasons. I don’t care, I’ve looked at this landscape, I’ve been part of this landscape, and with all due respect, even if we bring kids in for the day and then they go back home, it’s still White Middle Upper-Class America. And I say that with all due respect. Unfortunately influences from home, from our environment are just not the right influences.

I go to Brazil, I went to Portugal with our team, there’s kids there that are so hungry and so different, and have a different mindset.  Because they want to succeed, because it’s the only way out of the Favela. It’s the only way to get out of their small town. I want young Americans, and I’m convinced that I can talk to parents and bring over players as young as 12, get them in schools. American schools so they can get a good education. I’m very firm and I believe that’s very important. But have them entrenched there in a culture, a football style culture, but also a living style culture that can breed special talents.” [36:54]

At first glance it seems like it would be a tough sell to a lot of American parents, but Rongen has a lot of confidence. If the Rowdies have someone with his resume attached to the prospective academy that could certainly sway some families that are on the fence.

What do say about all of Rongen’s comments? Are you happy to see a little more confirmation about Edarwds’ MLS ambitions? Does the idea of a Rowdies academy outpost in Portugal excite you? Let us know. You can listen to the whole interview below. 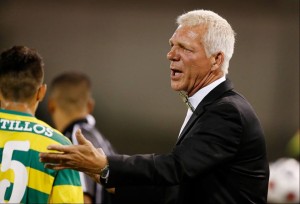